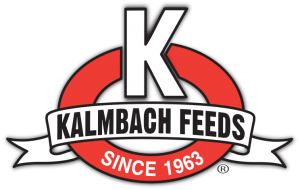 Wyandot County’s industry leaders has joined its membership ranks.  This month Kalmbach Feeds, Inc. joined the local economic development organization as a top-level, Platinum Member.  Kalmbach Feeds will be represented on the WCOED board of directors by its VP of Operations, Andy Bishop.

Kalmbach Feeds was founded in Wyandot County in 1963 with a grind and mix plant outside of the City of Upper Sandusky.  Today the company has greatly expanded to over 250 employees, has multiple feed production facilities and is a regional leader in the animal nutrition industry.  The company serves Ohio and surrounding states while continuing to expand into Florida, New York and other regions.  The corporate office and original feed plant are still located in rural Upper Sandusky now with partner branches in Michigan (Kalmbach Feeds of Michigan) and Indiana (Kalmbach Feeds of Indiana).

Kalmbach Feeds is a strong supporter of many efforts around the Wyandot County community.